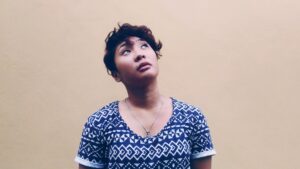 At Logicmate our main focus is centred around the IBM i server. It’s fair to say that the IBM i faces some criticism when talking about modernisation – in our opinion, quite wrongly. There is a perception that the IBM i is old fashioned and out of date – this perception comes only from the past. If you look at the new generation of Power Servers and the latest operating systems running on the IBM i, you’re looking at “world-class” hardware running “world-class” software – make no mistake about that.

One of the benefits of the IBM i, is that they rarely take things off you, meaning you can run both modern and legacy systems side by side, without any problem.  Applications that were written many years ago, will still run on a modern server – this is something that you don’t find with other platforms.

We will be putting together a series of articles where we will explore what we believe to be modernisation.  To us, it’s not just a case of giving a better user experience than the green screen interface (although this is important).……it’s so much more. The topics to be covered in future articles will include the following :

Aspects of IBM i Modernisation

Get in Touch with the Team